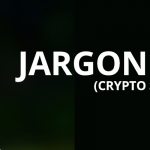 Confused by crypto? Baffled by blockchain? Then read part one of Blockchain Jargon Buster – our new series which aims to explain, in simple terms, the technical terminology and street slang used in the crypto industry. Initial Coin Offering An Initial Coin Offering, is an unregulated process by which funds are raised for a new […]