You are here: Home / Stablecoins – Why They Are Becoming Important

Stablecoins – Why They Are Becoming Important 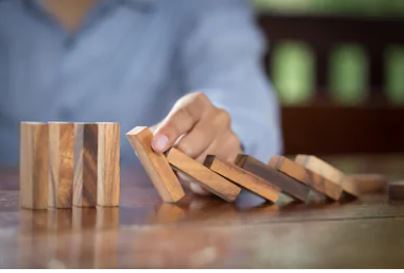 Cryptocurrencies have been immensely volatile since they were launched. Although Bitcoin’s volatility has reduced in comparison to early years, it remains high enough to not replace any of the traditional fiat currencies that exist today. Volatility is hindering cryptocurrencies’ ability to become established as a unit of account and medium of exchange.  A potential solution to this problem is likely to come from “stablecoins”.

A stablecoin is a digital coin that has been constructed with the aim of reducing price volatility. A lot of the stablecoins that we see today are pegged to a currency such as the US dollar. In theory, this implies a 1:1 ratio of the token to the dollar. For instance, the one unit of the stablecoin with the highest market capitalisation of nearly $2 billion, Tether (USDT), is intended to be equal to one US dollar. Apart from a few price swings and controversies, on average, Tether has proven to be generally reliable in delivering on the promise of stability. The market has seen some more developments with coins such as TrueUSD, Paxos Standard Token, DAI and USD Coin. The diagram below illustrates the emergence of other stablecoins, with Tether’s make up of the total market capitalisation dropping from 94% in early October to 75% as at 30th November 2018.

We see a great opportunity with stablecoins which (we believe) have the potential to grow into one of the largest digital asset categories. Some potential use cases of stablecoins are:

A Medium of Exchange:

Many organisations at present won’t take the risk of accepting cryptocurrencies as a medium of exchange. Stablecoins have the ability to allow companies to make daily payments and remittances much more easily, avoiding the price volatility risk. Companies often need to fund working capital requirements which can be met through stablecoins. In contrast, this can be very difficult if bitcoin or eother was used.

Stablecoins, if pegged to established units of accounts within certain systems, can act as digital representations of the unit of account. Many decentralised applications (dApps) need price stable cryptocurrencies to distribute value within their ecosystem. Stablecoins can pave the way for token holders to use the dApp more in comparison to just speculate on it. DApps are a potential way to  generate mass adoption in the space.

A Store of Value:

Popular fundraising structures such as Initial Coin Offerings (ICOs) generally raise money by accepting a certain amount of cryptoasset (mostly ether) to fund project development and meet the roadmap goals. It is a common occurrence that these funds, raised via a volatile cryptoasset, are not converted into fiat. During a bearish market ( similar to what we witnessed in November), it becomes extremely difficult to develop and meet the targets. Here com stablecoins – allowing funded blockchain projects to manage their funds with a higher degree of safety over the long-term.

With greater capital flows into stable coins, the crypto markets are likely to see greater participation from both types of users: institutional and retail. Also, recently-launched stable coins with established and regulated reserves will opt to ensure an absolute peg for the stablecoin itself. The combination of these factors implies that token holders and traders will be better equipped to quickly and safely move money in/out of the market. Compliant stable coins will make it more accessible for new users to enter this tokenised economy. Therefore, we expect a stronger and more accessible market to evolve as we move forward.

If you are new to the industry, you can check out our investor guide to cryptoassets here.