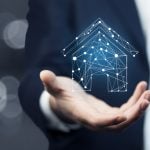 Tokenised Assets and Security Token Offerings are vying to spark adoption and legitimise the industry. Many Initial Token Offerings (ITOs) have failed mainly due to bad execution, lack of transparency and accountability. Data clearly indicates a continued slowdown in the total capital raised by ITOs since June this year. This slump is supported by the […]