Don’t invest unless you’re prepared to lose all the money you invest. This is a high-risk investment and you are unlikely to be protected if something goes wrong. Take 2 mins to learn more.

The House of Wings
www.thehouseofwings.co.uk

Please note that this pitch has now closed. 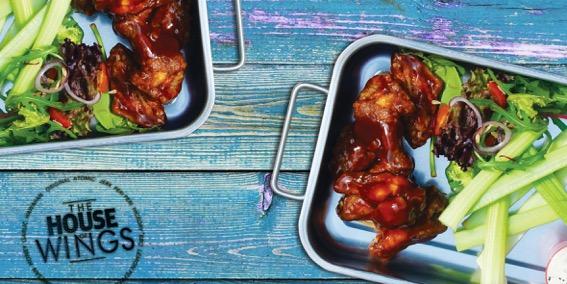 After much disappointment with the chicken wing community in West London, James finally decided to do what everyone else could not and take over the world with wings!

Through practising at home for a few months and creating the brand and perfecting his succulent sauces, a shining light came down from the heavens, and a voice whispered, “they’re yummy!! And I might have kitchen for you to rent on Golbourne road in The Earl of Portobello!!”

So we were off on our mission. Starting with the bare minimum, we decided we were going to do this one thing and be the best at it. After many choices of many flavours, we haven chosen to stick to our top 10 sauces and 8 classic sides and do that better than anybody else.

“We all love chicken”

The House of wings aims to become the namesake brand for Chicken - wings in the UK.  THOW will be operating an American style fast-casual restaurant located in the booming, and rapidly expanding, an area of Notting Hill.  If we cannot locate premises that fit into our financial model, we will seek other areas in West London.

The restaurant will be open 7 days a week, the menu will appeal to a diverse clientele. Warm colours and soft music will create a sense of community. The service will be relaxed, very friendly and correct. We will train, motivate and encourage our staff to be the most efficient staff possible. The mission is not to only have great tasting food, but to have efficient and friendly service, we want to be the restaurant of choice for all families and singles, young and old, male or female.

James worked tirelessly in order to create the brand and perfect the succulent sauces, however due to personal issues and knowing he needed the correct team to go to the next level. James took a significant amount of time out in order to re-evaluate. he rejected opportunities of partnerships for fear of losing THOW authenticity, truly what separates THOW in the market. After many conversations through the night and having a personal relationship with his younger brother, He chose to bring Mide into the company in 2015 and allow him to spread his wings. Being two West London boy’s with authenticity felt natural for both individuals.

Wings are no longer viewed as just “pub grub” or something for sports fans to eat on game day. These days, customers tend to be families looking for an inexpensive night out and busy professionals wanting an easy solution for dinner.

Incorporating a takeaway service will be a major boost to our business. We feel in today’s hectic world, customers won’t always have the time to absorb the ambiance of the restaurant. 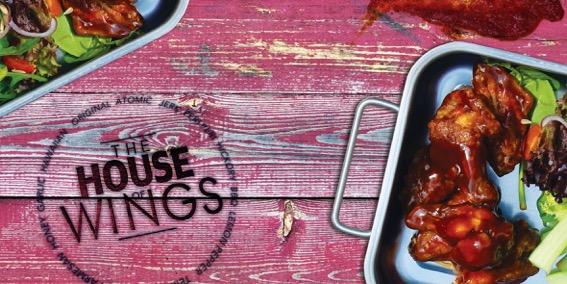 THOW will operate within the relatively new fast-casual (combination of fast service and sit down dining) segment.  Capitalising on a growing trend in the UK; an increased demand for quality food, in a sit-down environment, but with fast service.

Fast casual restaurants have been expanding rapidly and sales reached $23 billion in 2010, a 30% increase since 2006. In 2009 there were 600 fast casual concepts in the $580 billion restaurant industry. Growth in the segment led the industry by a wide margin in 2008 when the extremely popular fast casual franchises Chipotle and Wingstop grew 20.7% and 17.8%, respectively, compared to McDonald’s growth of 4.4% and Burger King’s of 6.6% during the same period. The 500 largest chain restaurants in the U.S. only expanded revenue by 3.4% during 2008.

Currently, our high streets are littered with the ubiquitous fried chicken shops which we feel offer inferior quality and flavor.

“We’ve gone from families to business people, all ethnic backgrounds. Everybody’s eating them.” Chicken wings appeal to sports fans. They appeal to gluten-free dieters. And they appeal to foodie moms who bake them into quinoa bites and lasagna and post pictures of the results on Pinterest.

With big names such as Nick Jones (Soho House), Jackson Boxer (Brunswick House), Mark Hix (Tramshed) and William Leigh (Meat Liquor) all jumping into the chicken market and with the trend to posh up old favourites (Sushi, Burrito’s, Burgers), it seems likely that premium chicken-focused food establishments will become common place on high streets throughout the nation.

London is home to the largest American expatriate community, 115,000 (ONS). Chicken wings are one of the most popular meals in America.  According to the National Chicken Council’s 2015 Wing Report, 1.25 billion wings will be eaten during Super Bowl XLIX. 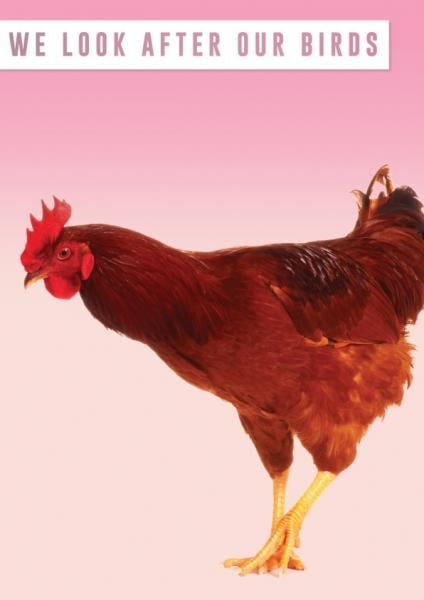 According to the National Chicken Council’s 2016 Wing Report released today, 1.3 billion wings will be eaten next weekend leading up to and during Super Bowl 50, as fans watch the Carolina Panthers and Denver Broncos battle for the Lombardi Trophy.  That figure is up 3%, or 37.5 million wings, from last year’s big game.

The 13 top major full-service U.S. chains specializing in wings pulled in US$4.1-billion in sales in 2013, Shares of Buffalo Wild Wings alone, which pulled in $1.3-billion in revenue in 2013, have multiplied 936% over the past 10 years. Pizza giants Domino’s Pizza Inc. and Papa John’s International Inc., with revenues in the same ballpark as Buffalo Wild Wings, have seen half as much growth in share value since 2004.

While the industry has its upswings and downturns, the variance is less than the economy itself. People need to eat, they can eat in and save money, but the convenience of dining out creates significant incentive. 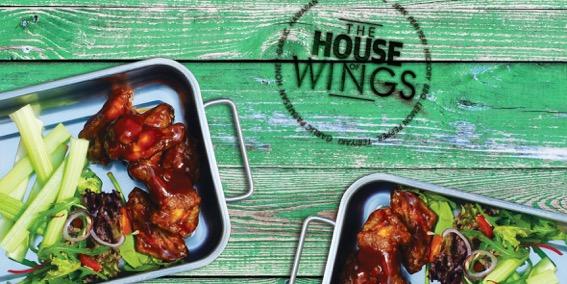 There are only two direct competitors in East London, Orange Buffalo and Randy’s Wing Bar. American franchise WingZone has just recently opened in North London.  There are no other independent restaurants that solely focus on Chicken Wings. Other casual dining restaurants (i.e. Nandos, TGI Friday’s) offer chicken wings, they ultimately would do not offer the quality and variety that is desired.

According to vouchercodes.co.uk, Britons spend £29.4 billion on fast food every year. 25% cite laziness as the main reason for their fast food habit and a further 13% claim they simply do not have enough time to cook from scratch. Londoners spend more than double the national average – at £221.63 – on takeaways every month.

“The growth in better burger concepts, in particular, is largely reflective of higher consumer expectations, with ongoing demands for fresh, ‘real’ food. The success of this can be seen in the rise of established ‘better burger’ players such as Gourmet Burger Kitchen and Byron burgers over recent years. The emergence of new US players such as Smashburger and Five Guys is arguably leveraging this proven demand for ‘better burgers’ in the UK whilst further tapping into consumers’ ongoing demand for fast service concepts.” (Mintel)

As the chicken wing, fast food market remains soluble. How long will it be until Wingstop, WingZone and Buffalo Wild Wings replicate Smashburger and Five Guys? 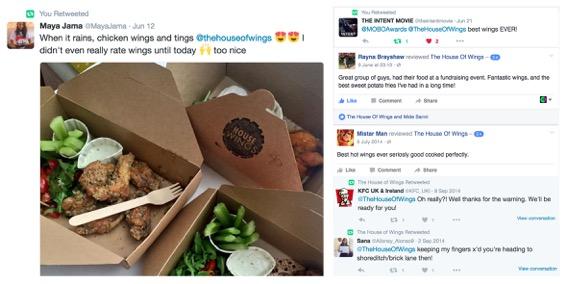 To read the full The House of Wings pitch, please join.
It is free, quick and easy.