Don’t invest unless you’re prepared to lose all the money you invest. This is a high-risk investment and you are unlikely to be protected if something goes wrong. Take 2 mins to learn more. 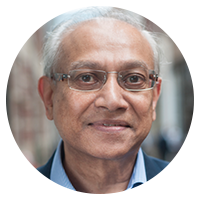 Tony is the founder and Executive Chairman of Crowd for Angels and has four decades of experience in financial services.

Having worked as an investment banking executive in London, Luxembourg, Hong Kong and the Cayman Islands, Tony joined the Arab International Trust Company Ltd, where he helped to establish their financing and venture capital business. In 1999 he founded EC Capital, an independent corporate finance company specialising in the smaller quoted sector throughout Europe, and continues to be a director. He is also a director of social networking provider NinetyTen.

Tony has considerable experience of convertible loans, private investment in public entities (PIPEs) and corporate finance. He is the developer of financing instruments termed the ‘Headstart Committed Share Finance Facility’ and the ‘Headstart Convertible Loan Facility’ for Headstart Funds. Tony completed his Westminster Business School MBA in 1994, is a Fellow of the Institute of Chartered Accountants in England and Wales, and an Associate Member of the Association of Corporate Treasurers. 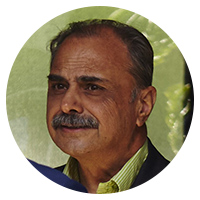 Danesh Varma is a highly accomplished and experienced global business leader, having held a number of senior finance and Board positions over the past four decades. His experience covers the banking, corporate finance and accounting fields.

Danesh has been extensively involved in the junior mining sector and has sat on the board of numerous mining companies as Finance Director / Chief Finance Officer. He has been intimately involved in raising capital for junior mining companies based around the world and listing them in Toronto and London. His previous directorships include Aureus Mining., Canadian Zinc Corporation, Feronia Inc. and Ovoca Gold. He currently serves as Chief Finance Officer for Anglesey Mining plc, Xtierra Inc., Conquest Resources Ltd. and Minco plc. He is also is on the Board of Labrador Iron Mines Holdings Ltd in Canada and Iron AB.

In the financial sector, Danesh currently runs Global Preservation Strategies Ltd., an asset management firm based in the City of London that is regulated by the Financial Conduct Authority. 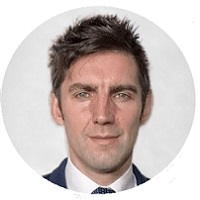 Richard graduated from King’s College London in 2006. He began his career in the City of London shortly after, working as a smaller companies analyst for a specialist research business which is now owned by entrepreneur Jim Mellon. Richard achieved the Chartered Financial Analyst (CFA) qualification in 2012 and he is qualified to advise retail clients under the Retail Distribution Review.

Richard joined Crowd for Angels as Compliance Officer in 2015. 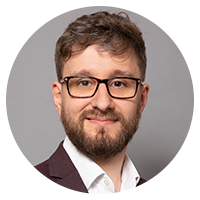 Andrew is the Chief Executive Officer at Crowd for Angels. Andrew is also a Director of the UK Crowdfunding Association, an industry body representing crowdfunding and peer to peer platforms. He often attends and speaks at events on Crowdfunding, Alternative Finance and Blockchain. Previously, he worked at NinetyTen, a web application developer and provider of Private Social Networks, whose clients included Nokia, Channel 4 and Shop Direct. 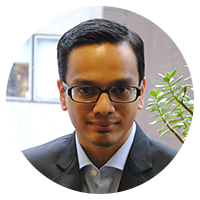 Kenrick is the Finance and Administration Officer at Crowd for Angels and holds a BA Honours degree in Business Management and Finance from University of Westminster. Kenrick was an intern at Ninetyten Limited. He interned at E.C. Capital analysing investments and subsequently become the assistant accountant at the company. 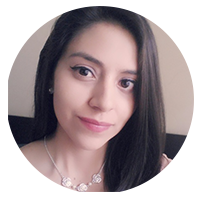 Anabel graduated from the Pontifical University of Ecuador with a Bachelors degree in Accounting and Auditory CPA. She also recently graduated in MSc Business with Financial Management at Northumbria University London. Anabel has previous experience in national and international companies in Ecuador in the areas of accounting, treasury and finance. She is keen to interact with internal and external stakeholders, combining her interest in alternative finance, languages and cultures. Taniya holds two MSc degrees and is currently pursuing her PhD in International Business from Brunel University London. She has been actively involved in the funding industry since 2017, starting her career as an Events Manager organising investment centric events between Entrepreneurs and Investors. As a Brand Activation Manager, Taniya will use her creative style & passion to help entrepreneurs to market their campaigns effectively. 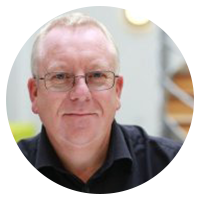 John is the Commercial Director of a UK National Centre for commercialising new technologies based at Imperial College London. For several years John ran the UK's 'Emerging Technologies and Industries' programme and was tasked with taking new, disruptive technologies and promoting them to Government for supporting the industries of tomorrow. John owns Innovation Foundry Ltd. 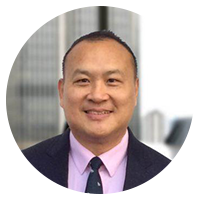 Professor Wilson Ng, PhD, MBA, MA, CDipAF, FHEA is Professor in Innovation & Entrepreneurship Studies at the University of Roehampton, London He is a former City investment banker who read Mathematics at Trinity College Cambridge on an open scholarship. He completed a doctorate in Management Studies (entrepreneurial family firms) at the Judge Business School. 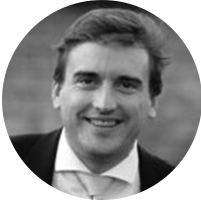 Henry's career began at Bankers Trust in London working on the Fixed Income trading desk. He is a Director at Headstart Advisers Ltd. Prior to joining Headstart in 2002, He worked for Credit Suisse Asset Management in Sydney specialising in Futures and Fixed Income, having previously supported the top performing Fund Manager at Morgan Stanley. Before this, Henry worked at ANZ Emerging Market Fund Management (later renamed Ashmore). 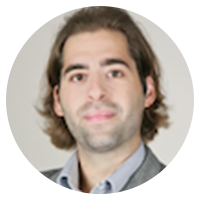 Dr. Stylianos (Stelios) Kampakis is an expert data scientist, member of the Royal Statistical Society statistician, honorary research fellow at the UCL Centre for Blockchain Technologies and startup consultant living and working in London. A natural polymath, with degrees in Psychology, Artificial Intelligence, Statistics, Economics and a PhD in Computer Science he loves using his broad skillset to solve difficult problems - http://www.skampakis.com/