You are here: Home / Cryptocurrencies – the future of money?

Cryptocurrencies – the future of money? 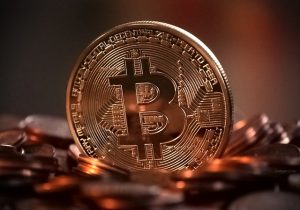 One of the buzzwords of the moment amongst investors and fintech specialists is “cryptocurrency”, a new form of money which has seen recently soaring demand and new types created on a weekly basis. But what exactly is a cryptocurrency and how do they work?

Cryptocurrency is a form of money. Just like any other currency it can be used by holders as a medium of exchange and a store of value. But unlike the coins and notes we have in our pockets it is dealt with on a digital basis.  Unlike other currencies, the security of cryptocurrencies is underpinned by mathematical proofs and regulated by complicated and technologically advanced encryption techniques.

The first cryptocurrency ever made was the ubiquitous and market leading Bitcoin, created by a group of unknown individuals in 2009 under the mysterious name of Satoshi Nakamoto. But since then the market has exploded. As we write, there are 1,170 different cryptocurrencies listed on industry data website Coinmarketcap.com. Other popular forms include Ethereum, Litecoin and Dash.

One of the key aspects to the functioning of cryptocurrencies is that transactions work without the need for a central or single administrator. Instead, cryptocurrencies use a decentralised or peer-to-peer system for their settlement, with transactions taking place directly between users, without an intermediary such as a bank. These transactions are verified by network “nodes” and recorded in a public distributed ledger known as a blockchain – a record of all transactions which is updated and readable by anyone. As a result they have much faster settlement times compared to centralised systems.

Most cryptocurrencies are created through a process known as “mining”. This sees “miners” use computers to solve complicated maths problems that once solved will generate new digital “coins”. The coins can be bought and sold on a number of specialist exchanges and then stored in e-wallets.

As you would expect of a currency, cryptocurrencies can also be used to buy goods and services, although they are not yet widely accepted amongst merchants. Despite the first real estate transaction to be completed solely using Bitcoin being done in September this year, a recent report by JP Morgan found that just three of the leading 500 internet sellers accept the cyptocurrency as a payment method.

Why are they useful?

Cryptocurrencies provide a range of benefits compared to traditional cash and other types of transaction using fiat currencies – those created by governments, such as the dollar or pound. As well the faster settlement period described above, cryptocurrencies can be used for anonymous transactions – useful for illegal and illicit deals (although we do not condone it!). In addition, cryptocurrency transactions are fundamentally more secure than those done on centralised systems, can not be falsified or reversed and there are usually very low fees associated with them.

Some investors are putting their money into cryptocurrencies as they are attracted to their inflation resistant characteristics. This is created by many of them having a controlled and limited supply. Bitcoin for example has a supply limited to 21 million coins. This means that, when all have been issued, the price will only be driven by demand for the asset as no further coins can be created. In contrast, fiat currencies can have their supply increased on a whim by governments and thus their value can be decreased over time.

What are the downsides?

While being promoted as a safe and secure way to transact, cryptocurrencies have seen a number of high profile hacks over the past few years. Cryptocurrency blog storeofvalue.github.io lists a number of security breaches, with the March 2014 hack of the Mt. Gox exchange seeing the theft of $473 million of Bitcoin.

Also, with Bitcoin and many other cryptocurrencies having soared in value over the past few years, many people are seeing them as a potential investment opportunity. But investors should be aware that cryptocurrencies are prone to large swings in value, sometimes in very short periods of time, so should only be treated as a speculative purchase.

Despite these downsides, it looks like cryptocurrencies are here to stay.