You are here: Home / Crypto 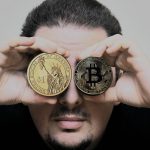 Last week the Financial Conduct Authority (FCA) released its long awaited consultation paper entitled Guidance on Cryptoassets. One of the operational objectives of the UK regulator is to secure an appropriate degree of protection for consumers, so it clearly has a remit to step in and protect investors from putting their money into this emerging […]

Stablecoins – Why They Are Becoming Important

Cryptocurrencies have been immensely volatile since they were launched. Although Bitcoin’s volatility has reduced in comparison to early years, it remains high enough to not replace any of the traditional fiat currencies that exist today. Volatility is hindering cryptocurrencies’ ability to become established as a unit of account and medium of exchange.  A potential solution […]