You are here: Home / An Investor’s Guide to Cryptoassets: Introduction

An Investor’s Guide to Cryptoassets: Introduction 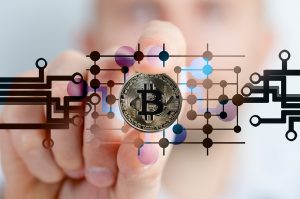 2017 proved to be a revolutionary year for the cryptoasset markets. The market value of all cryptoassets combined grew to more than $600 billion by the end of the year and to $800 billion in January 2018, up from just $15 billion in January 2017. Markets have softened since, with a significant decrease in prices. While this turnaround presents new investors with an intriguing opportunity to enter the market, many remain hesitant. This is often due to falsehoods they hear from friends, family and even the media and especially because a lot of new tokens that are being promoted and sold have no legal backing behind them. The average investor who invested in the beginning of 2017 would have generated about 600% and 2000% return from bitcoin and ethereum, respectively. The same investor would have lost at least 60% and 85% of her investment value into the same had she invested in them at the beginning of 2018.

One must note that we have used the term crypto-assets instead of just cryptocurrencies. We often see the terms cryptocurrencies and cryptoassets used interchangeably, confusing new users and regulators and stifling the discussion on the future of these assets. Terms used in the crypto-sphere are often easily muddled and people tend to use words interchangeably without knowing the difference between them. This is especially true of crypto-assets and cryptocurrencies. Policy-makers, financial institutions and regulatory authorities prefer crypto-assets, a term which encompasses a wider ecosystem.

When put simply, a cryptocurrency is just one type of crypto-asset. The special technology that powers most of these cryptographic applications is blockchain technology. More specifically, a cryptoasset is a digital asset that operates within a peer-to-peer network governed by a consensus mechanism which is controlled by a public key infrastructure. The rules governing the system are verified by network participants; this can verify the entire transaction history of the shared ledger. Crypto-assets have the power to facilitate the decentralisation of industries, removing the middlemen through the use of cryptography and peer to peer networking and in turn reducing costs. Whether you’re making payments, file sharing or using the internet of things (IoT), you usually need a crypto-asset to make it happen.

We view cryptoassets’ broad division into the following:

The UK Cryptoassets Taskforce, in association with the Financial Conduct Authority, Bank of England and HM Treasury considers there to be three broad types of cryptoassets:

A new fundraising method that emerged as a result of blockchain is Initial Coin Offering (ICO) and Security Token Offering (STOs).  Through these a company creates a new product with an associated utility or security and wants to build an ecosystem of stakeholders upfront who will benefit from purchasing the product early. This token sale enables the company to further develop their product with an established user base and allows it to use some of the proceeds to build the product. As part of this fundraising, the token issuing company sells either utility or security tokens to the public in return for their investment. We have a separate document that deals specifically with token sales which will be coming soon. Stay in touch for further details!

To the help guide that we have put together for investors, click here.