You are here: Home / VCT vs EIS – what’s the difference? 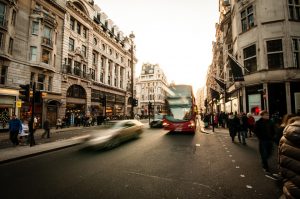 Want to save on your tax bill and invest in growing companies at the same time? With a range of government backed incentive schemes you can do exactly that.

Small businesses are the lifeblood of the UK economy. They employ an estimated 16 million people (more than half of the workforce), account for 99.3% of all private sector companies in the country, and in 2015 had an estimated total turnover of £1.8 trillion. But despite the important role they play in the economy, it can still be difficult for small businesses to access the finance they need to expand their operations.

This is because small companies carry a high degree of risk for investors. They could be at an early stage of development, not pay any dividends and as they are not typically listed on a public stock exchange investors may find it impossible to get their money out.

So in order to encourage investment, over the past couple of decades the UK government has introduced several incentive schemes, which include generous tax benefits, designed to provide an influx of capital for small firms to take advantage of. There are currently three such schemes available, VCT, EIS and SEIS. But what are the differences between them and what are the benefits?

The Venture Capital Trust (VCT) scheme operates in a similar way to investment trusts, whereby investors subscribe for shares in the trust itself. Fund managers then go on to use the money raised to invest in VCT qualifying companies. To qualify to be a VCT the fund itself must be listed on a recognised UK stock exchange, such as the LSE, so that the shares can be publicly bought and sold.

VCTs themselves are exempt from paying corporation tax on capital gains made on the disposal of their investments. But individual investors get a whole host of other tax benefits.

Income tax relief of 30% can be claimed on up to £200,000 worth of annual VCT investments, as long as the shares are held for at least five years – this is only for investors who subscribe for new shares in a VCT. For all investors, including those who buy VCT shares on a secondary market, no capital gains tax are payable on the disposal of shares in VCTs and no income tax is payable upon any dividends paid by a trust.

VCTs are a popular investment vehicle, with figures from the the Association of Investment Companies (AIC) reporting that the VCT sector raised £457.5 million in the 2015/2016 tax year, up by 7% compared to the previous year and the third highest amount on record.

But while the various tax reliefs can be valuable be aware that most VCT’s have a range of fees which can eat into your investment pot. Annual management charges are typically around 1.5-3.5%, with many funds also charging hefty initial fees along with arrangement fees and performance fees.

EIS stands for Enterprise Investment Scheme, a government incentive which was launched in 1994 in order to help encourage investment into smaller, private companies. They also include many tax related benefits:

Income tax relief – individuals who subscribe for EIS shares can offset 30% of the cost against their income tax liability in the tax year in which the investment was made. This could prove to be very generous as relief can be claimed on investments worth up to £1 million per annum. This gives a maximum annual tax reduction of £300,000 – of course you will need to have the income tax liability in the first place to be able to claim the relief. There is also a “carry back” facility whereby the cost of the shares can be in effect be treated as if they were bought in the previous tax year, with the relief being applied to that year.

Capital gain tax exemption – if an investor has received income tax relief on the cost of the shares then any gain is free from capital gains tax if they are sold after being held for at least three years. Again, the maximum amount which can be claimed against is £1 million.

Also, payment of capital gains tax due on other assets can be deferred if the gains are invested in shares of an EIS qualifying company. The investment must be made one year before or three years after the gain arose and the value of the relief is unlimited.

Inheritance tax relief – shares in EIS qualifying companies generally qualify for Business Property Relief for inheritance tax purposes at rates of up to 100% after two years of holding.

Loss relief – if things don’t turn out as planned and you end up selling EIS shares a loss then the amount of that loss, less any income tax relief given, can be offset against capital gains or income, either in the year of disposal or for the previous tax year.

To get involved in this potentially lucrative area of the market investors can find individual investments themselves or find a fund manager which specialises in EIS funds. Perhaps the most accessible way of finding EIS qualifying investments directly is via crowdfunding platforms. Crowd for Angels currently has three such pitches on its platform – CLICK HERE to see.

You can also invest through an EIS fund run by a professional fund manager. There are many on the market which (similar to a VCT) will invest your money in a number of qualifying EIS investments in order to spread the risk.

Related to EIS is SEIS (the Seed Enterprise Investment Scheme), which applies to companies which are very early stage and looking to expand their operations. The main difference between the two schemes is that income tax relief of 50% is available on a maximum annual investment of £100,000 under SEIS.

What are the risks?

Of course, tax savings should never be the main reason for choosing an investment product, so investors need to be aware of all the risks associated with investing in smaller companies under the VCT, EIS and SEIS schemes. In a worst case scenario the companies you invest in could go bust, meaning that you will lose an amount of your capital less the tax reliefs applied. The shares need to be held for a period of time before certain reliefs can be claimed so investors should look at these schemes as being a long term commitment. Also, given their illiquid nature it can be difficult or even impossible to liquidate your investment if you need your cash back in a hurry.